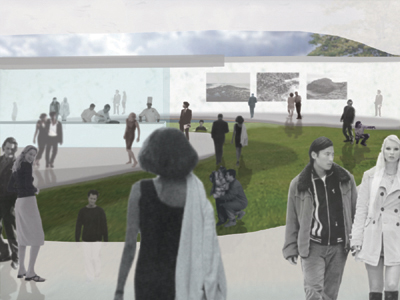 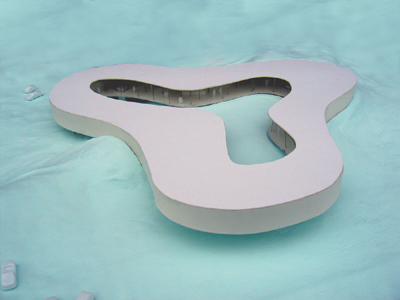 The Giant’s Causeway is public and is real. It is part of an exhilarating landscape, has existed for millennia and will continue to do so for millennia to come. It belongs to the people of Northern Ireland and therefore it is, though a tourist attraction, the very opposite of attraction parks. This place does not belong to any entrepreneur, who in persuit of profit, feels inclined to fence off a small fantasy world and offer an annually changing variety of attractions. There is no need for large billboards screaming out it’s existence in the landscape, for there is no need to compete. The Giant’s Causeway is as obvious as its landscape, and therefore its visitor centre should also be. 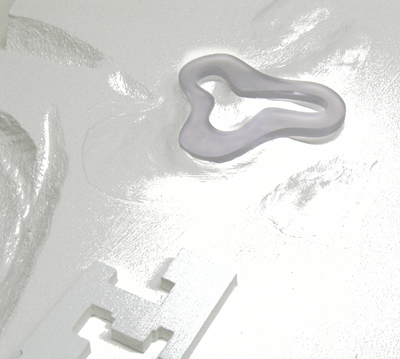 It is for this reason that we started to look for a scheme that would define a place without possessing it. A landmark that would merge with the landscape, yet be lifted up. A modern, light and poetic building that would be in touch with it’s environment, but would not claim it with large panorama windows. In fact, we wanted a building without visible windows and doors at all. We found this in one of the oldest and common typologies of Ireland, the ring fort. A ring shaped building hovering above the ground, would create for the passing wanderer a sudden feeling of ‘insideness’ even though he did not pass any gate. When he walks on, he would, just as sudden, be left alone with the landscape again. 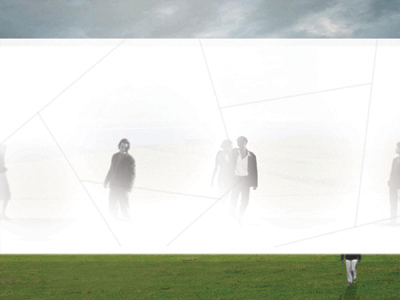