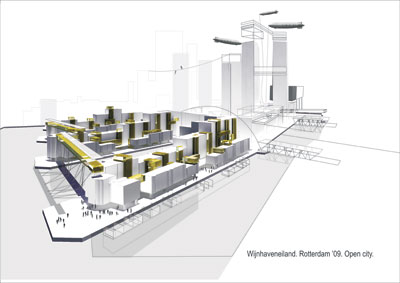 Harmen van de Wal, in collaboration with Christian Muller, CMA, was asked to tutor in the summerschool of the academy of architecture in Rotterdam. The students worked on an ongoing researchproject Krill has been engaged in for years. The research is about scripting the social consequences of entering an apartment inside a multi-apartment building, focusing on what we call the “elevator-effect”.
Th students created a script for Wijnhaven Island in the center of Rotterdam. Purpose of the script was to create a better connection between the dwellings and the public space on the streets. In doing so the students added valuable new rules to the set of urban rules originally composed by Kees Christiaanse. 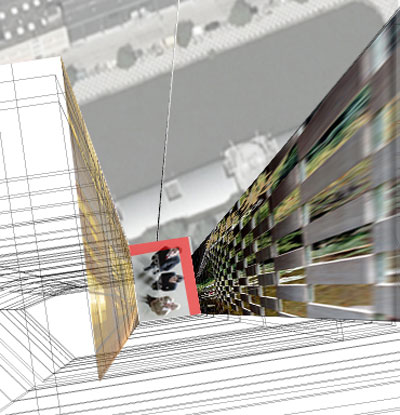 Krill has been working on defining the script in a series of projects and collaborations, among which with Machiel van Dorst (Technical University of Delft) and lately Christian Muller (CMA). In 2009 the collaboration was extended to Academies of Architecture in Arnhem (ARTEZ) and Rotterdam (AVBR). 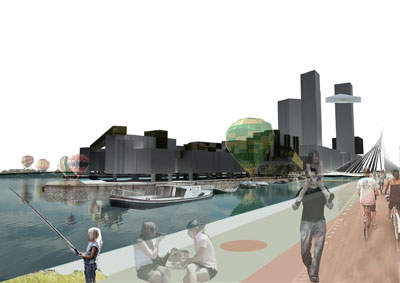 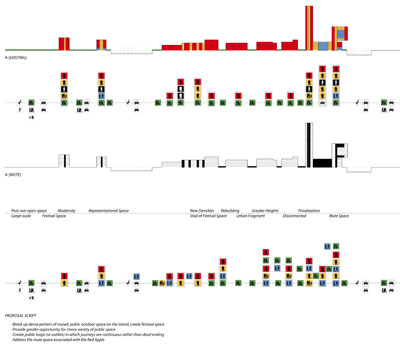